Many of us knew him as an introvert person. He wasn't uncommunicative though, he had just his special way to handle with society. His discussions, full of questions and mysteries, obfucsated people.

As El Igore reports, he said once:

I certainly have not made many friends. I seem to -- irritate people.

He really didn't have (m)any friends. Even more, he had perhaps enemies. Who knows?

It begun as his ID was hacked. Somebody changed his Hitchcock alike profile with bloody signs:

If the facilities of the island can't protect me I doubt if a new identity will be of much assistance.[...] The bad end unhappily, the good unluckily. That is what tragedy means.

And the tragedy came.

On the morning of March 10th, 2009, one Alfred Krops was found dead, propped in front of the door to the Sheriff’s office. Foul play has not yet been ruled out, though no suspects, motives, murder weapons, or even place of death have been brought forth, as it appears that the body has been moved. The autopsy is currently being done by the good Dr. Tesseract, and results will be forthcoming.

MrKrop is gone. But he still remains in our memories.
Like in this beautiful picture of Atomic Snowflake: 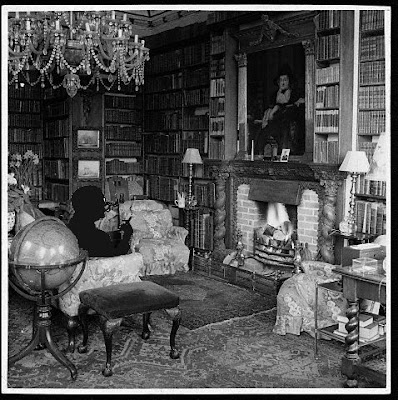 Jelloarm and DrTesseract are investigating. And also the Island Forensic group.
Posted by Der Merzmensch at 11:20 AM