BREAKING NEWS: Progress of the investigation

We've got a fax. Right now. It seems to be an autopsy analyse of Mr Krop's body, made by Dr HJ Tesseract. Even if it's confidential (even more: it's confEdential, what does mean the highest rank of urgency), we think, it's important to inform you, dear fellow citizens . (The original seems to hang somewhere at the black board in the City Forum building). 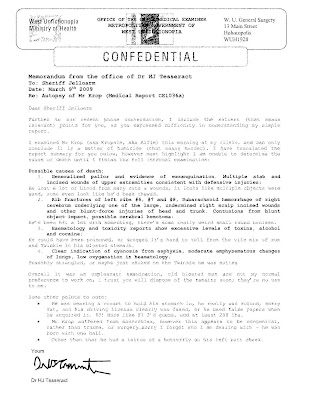 The detailed analyse leads to more questions than it can answer - the case of MrKrop seems to be still mysterious.

The main points from the paper:

* the case is classified now as homicid (i.e. murder)!
* there were multiple objects used to kill Mr Krop (there is even an assumption, these objects were actually teeth). Has anybody seen a predatorian animal lurking at our island?
* he was perhaps poisoned! Take care in the taverns all over the island.
* he had tattoo of butterfly somewhere on his body.
* he had actually faked documents => we don't know till know anything about his real identity (if he had one).

After it, there were another weird thing, mentioned by Sheriff Jelloarm in his official Announcement: 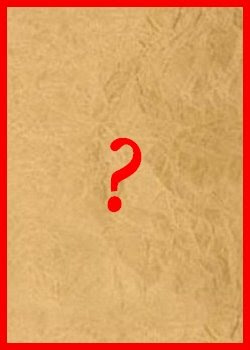 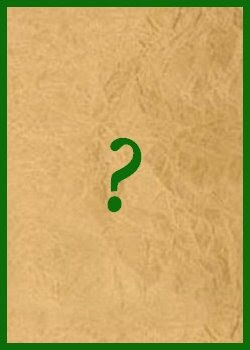 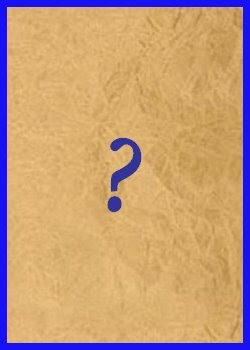 We have some information about people, who found in their own mail boxes similiar cards. If you are one of them, please send us these cards in comments. We should investigate, who were the murder of our MrKnop. And what's going on with our peaceful island.
Posted by Der Merzmensch at 5:29 AM