Yesterday our fellow citizens witnessed a nature phenomenon - while of peacefully discussing in the Central Island Forum people experienced strange aurora-alike sky lights, some citizens were for short time blended, some people had abominable hallucinations and were traumatized by visions, they won't be able to describe again. 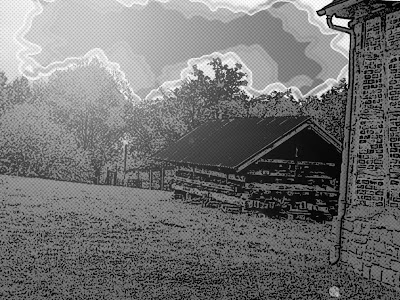 Observations from the Island Forum.
Scientists explained this occurrence as a "pr0n b0t invasion" (i.e. interpenetration of our world with another quasi-world (also known as "Mätah")).

We want to give the all-clear: these b0ts (whatever it is) are not dangerous for people, they are just very disgusting, distracting and futile.

It was an annoying phenomenon after all. So our wise Emperor took appropriate measures. If you have some ontological troubles recently on the Island (for example, you feel unable to open a door to your house or to greet your friends), feel free to ask your fellow citizens - perhaps you have to do something do be accepted on the island again. This is everything for our security.
Posted by Der Merzmensch at 9:45 AM